Money can buy you happiness


If you hate lottery winners and especially the happy ones, do not read further. David Demarest is the perfect example of a happy ending to a lucky lottery win. This is the story of a dream come true.

Demarest became a millionaire when he won the 4.3 million jackpot in the New Jersey Pick-6 Lotto, the largest jackpot ever in this State. Since then, he is living ‘the good life’, the one he dreamed of, at his beach house which he purchased with his lottery win. Read on to see what we mean by ‘the good life’.

Before becoming a millionaire, Demarests' life was nothing more than a financial struggle. At the age of 54 he was sharing a condo with his 21 year old son and had 2 mortgages to pay off. Life was a struggle and he ended up working to pay of his mortgages with the odd break-even at the end of the month.

This was his reality until he beat the highest odds in the New Jersey National Lottery and won 4.3 million US dollars. From then there was no stopping him – he began living without financial stress and worry.

He bought himself a beautiful beach home where he spends worry-free days swimming, surfing and relaxing. 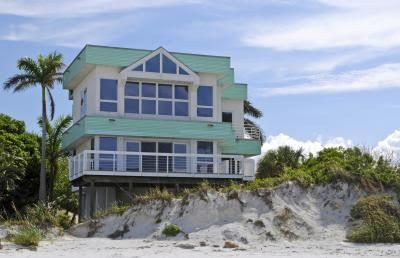 Winning the lottery meant he was not only able to enjoy a well deserved retirement but also spend time with his ex wife Margaret who after their divorce 8 years ago is back and they are living happily together again.

His happiness brought joy to his whole family and his dream continues.

His son has been able to pay of his mortgage and his daughter has decided to go to college. What’s more is that he shares his house with his wife’s aunt and is always welcoming visitors to his home.

His life in Florida, as he describes it, is ˊparadiseˊ. “I have always loved the ocean” he stated in one of the many interviews.

Demarest plans to continue ‘taking it easy’ and to keep ‘living a simple life’. One would expect that with his share of the winnings which totals $440,000 a year (for 20 years), taking it easy should not be a problem for neither him nor his family. 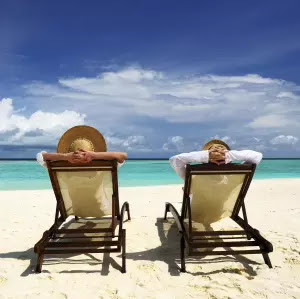 Posted by Virtual Assistant at 1:44 am