TOKYO — After a month of misfortune, Miwako Ikema finally had some luck. 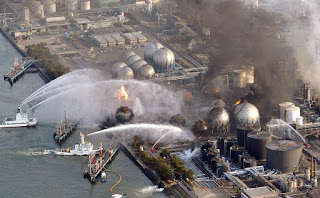 Out of 700 applicants, she and about 100 others who fled homes near the stricken nuclear power plant in northeast Japan won one of the many lotteries that decide who gets a proper room and who gets left in cold, crowded evacuation centers.
Her prize: private accommodations in the five-star Akasaka Prince Hotel, courtesy of the Tokyo city government.
“We couldn’t really sleep before,” Mrs. Ikema said in an interview, referring to her stays in a series of shelters.
“There were so many crying babies, and people moving around and talking all night. We are lucky to stay here, at least for now. But I want to go home as soon as it is safe to do so.” 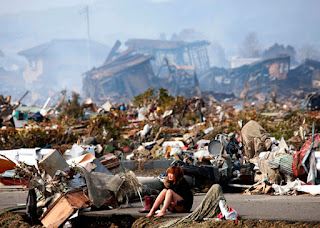 In the posh lobby of the Akasaka Prince, not all lottery winners were happy. Farmers who have lived their whole lives on ancestral lands in rural Fukushima now wandered around seemingly disoriented and homesick.
“This is nice, but I don’t really want to be here,” said Yutaka Takahashi, 63, a rice farmer from Nakoso village near the Fukushima nuclear power plant. “I was also growing strawberries, garlic and corn. I need to get back and water my crops.”
Mrs. Ikema and her teen-age daughter share a room on the 17th floor. Her room has a television, hot running water and a view of the Tokyo expressway.
The Tokyo government also provides them with free cafeteria meals, and volunteers help them find information about schools and job centers.
In another lottery, about 100 survivors — out of 1,160 applicants — moved this week into 36 well-equipped temporary units outside an evacuation shelter at a junior high school above Rikuzen-Takata in northeastern Japan. 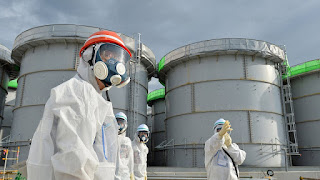 Hiroshi Kameyama, mayor of the town of Ishinomaki, told reporters last week that in another lottery 3,145 households applied for 137 temporary homes under construction. Small numbers of temporary shelters are also under construction in other areas of Iwate, Miyagi and Fukushima provinces, all areas devastated by the March 11 earthquake and tsunami.
More than a month after the disaster, the Japanese government is only now starting to put together a supplementary budget of $6 billion to build about 70,000 temporary homes for an estimated 200,000 survivors living in shelters, plus large numbers of evacuees staying with friends or relatives.
At the Akasaka hotel, Mrs. Ikema talked of the stress of trying to rebuild their lives. Many of the 70,000 residents of her town of Minami-Soma have been relocated throughout Japan. 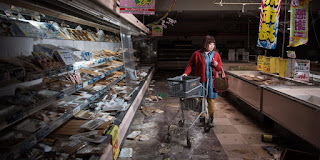 Her neighbors who survived a tsunami that obliterated nearly everything in the city for 6 miles have not been able to return to look for missing relatives amid untouched debris of wrecked cars and demolished buildings.
“I want to go back to get things,” said Mrs. Ikema, who fled by automobile, with only three changes of clothing, after a second explosion at the nuclear plant, about 15 miles south of her home.
“People who still have homes intact there want to go back. Some of our husbands are working there to make money we need to survive. But nobody wants to take their kids near there. It’s too dangerous, especially if it rains.”
Still, more than half of the city’s residents have left, and many of them are now staying at the Akasaka Prince Hotel.
Mrs. Ikema said she is afraid it might be months, even years, before she will ever see Minami-Soma again. She is also suspicious of the information from the government.
“Nobody believes the news,” she said. “We wonder what truth they are hiding.”
You can play the lottery online: www.sun7lottery.com

Posted by BlogMaster at 8:22 am