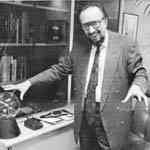 Stefan Mandel was born in Romania, and dedicated his life to mathematics. At the time, the subject was not highly valued and as a result, Stefan pursued Architecture at university. When things didn't work out, he felt confused about what he should do with his life and sought the counsel of his parents. Their question to him? "What is the thing you feel most comfortable doing?". The answer was clear to Stefan – mathematics. Everything about it just made sense to him. Stefan enrolled at the University of Bucharest and completed his studies in mathematics. Along the way, Stefan realised that mathematics was a highly disliked subject among society, and made it his mission to change people's attitude about mathematics through teaching, blogging and seminars.

Another thing Stefan realised is that he could work out a way in which to win lotteries using combinations of numbers. In an interview with Alex Goldmark, he shared that this journey started in the 1950s where he played the Romanian lottery. He did a lot of research and planning, and came up with a formula for buying blocks of tickets that would guarantee him a winning prize. Stefan looked at the number of possible combinations that would be available to him, for example, in one lottery where players choose 6 numbers out of 59, there would be 45 million different combinations. Stefan would do this for each lottery he played, and would work together with his syndicate to purchase every possible combination for that lottery. An expensive venture indeed, but when you win over 13 lotteries, it is a venture you can afford!

In 1992, after being outlawed in Australia, Stefan looked elsewhere in the world to see where he could win another lottery. He came across the Virginia lottery, which had 7.1 million combinations. Stefan calculated that he would need to wait for the jackpot to reach over $25 million if he were to make a profit after winning, as his outlay in purchasing all of the tickets and sharing the payout with other players would be too high. The process took 3 months, during which time all 7.1 million tickets were printed and shipped to America. Stefan shared that he was not surprised when he won as he was confident that his operation had secured him the jackpot. This was Stefan's 14th and final lottery win – a total of $27 million.

While many have aspired to replicate Stefan's strategy, experts say it simply cannot be done anymore. Not only would printing all of the tickets be a logistical impossibility, but the number of combinations and likelihood of sharing the winnings with others is too greater. Stefan Mandel remains one of a kind – a 14-time lottery winner whose legacy will be the envy of players around the world for many years to come.

Increase your chance of winning the lottery by playing a selection of lottery games from all over the world with www.sun7lottery.com.
Posted by Virtual Assistant at 5:23 am No comments: 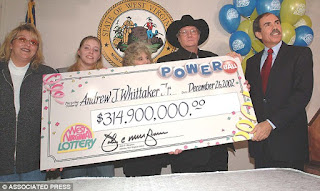 Not all Lottery Winner Stories have happy endings, but you would imagine that the wealthiest man to ever winthe lottery's story would be filled with grandeur and magnificence.

Sadly for Jack Whittaker and his family this was not the case. Tragedy and loss became the grey cloud overshadowing his win.

Buy lottery tickets online with Sun7lottery
Posted by Virtual Assistant at 7:49 am No comments: 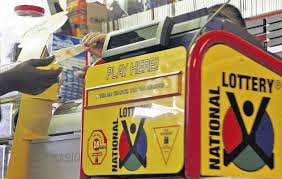 We all dream of winning the lotto jackpot, or even just a few hundred thousand but imagine winning twice! One lucky man in South Africa did just that.


Explore the full story of Double or Nothing. 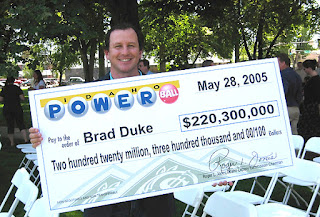 Brad Duke, a regular guy with a regular life and big dreams. Much like any other lottery player really... except for one thing.

This man had a plan, a goal to turn his Millions into Billions... find out exactly how he managed his winnings. (And yes, he did splurge a little).

Buy lottery tickets online with Sun7lottery
Posted by Virtual Assistant at 12:35 am No comments: