EUROMILLIONS ROLLS OVER TO HIGHEST JACKPOT YET 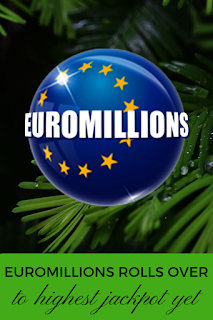 The Euromillions is well known to hit some of the largest jackpots.

Alongside MegaMillions and Powerball, Euromillions has placed people on the “World’s Richest” list as well as giving away plenty of lower tier prizes worth millions.

To win the jackpot, players must match five numbers and the additional two Lucky Star numbers and is played in nine countries across Europe.

Buy lottery tickets online with Sun7lottery
Posted by Virtual Assistant at 12:11 am